This weekend Joe Gorman and his support crew set off to take part in the Mersey roads National 24 hour Championships. His goal was to beat last year’s distance of 456miles, the current club record.

Joe set out with a plan of riding a 500 mile pace: that’s an average of 20.8mph for 24 hours. Everything was going to plan with the first 100miles being completed in just over 4 hours. 7 hours in Joe made his first pit stop to put lights on for the night circuit. This was when things went wrong: his light came loose. He immediately contacted the support crew who got out quickly, but riding 15miles in an awkward position while holding the light in place took its toll on his back, neck and shoulders.

With the light taped in place, he was off again and with the average speed still sitting at 22.8mph, he was well on target. 18 hours in he had a rough patch when he had a sugar crash.  The team was amazing and so supportive, they had him back on the bike and only costing me 20 minutes of down time.

The average speed had taken a big hit but at 21.8mph it was still on target. At the finishing circuit there was some confusion between marshals, where Joe had to make a last minute turn that caused him to crash, although Joe took a hit, luckily the bike was unharmed!

Now with 3 hours left it was off to the finishing circuit where he punctured. By the time he was up and running again, the average speed was down to 21.3mph.  However, all he had to do was hold the pace for 2 hours.  Joe reported those last hours were hard times mentally, but with all the cheers and encouragement from the team he made it to the end with an average speed 21.199mph, a total mileage and a new club record with 508.78miles. This also represented  5th place in the National Championship.

This was a great achievement as this has been the strongest field ever at the 24 hour. A Great effort from Joe and the Team. 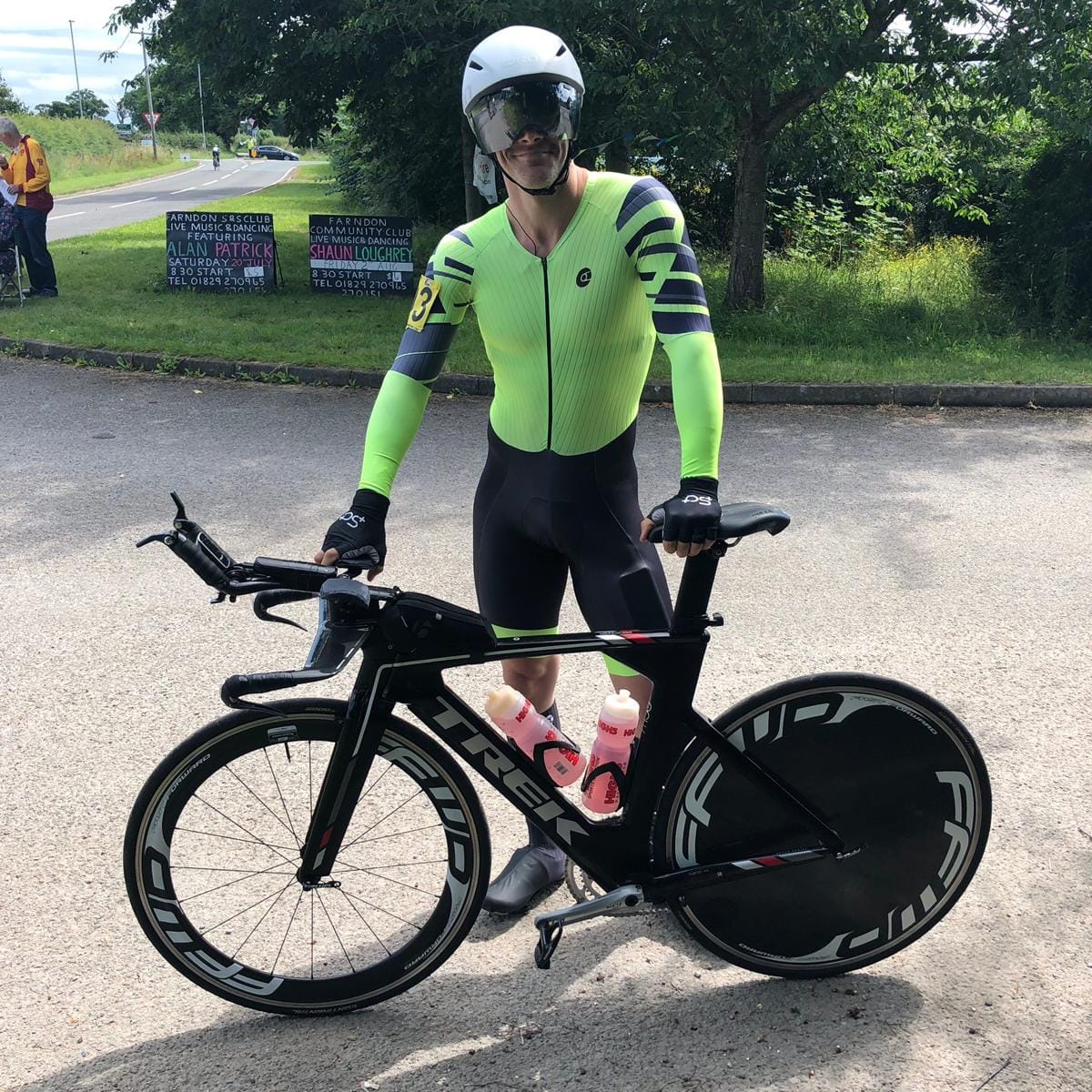