Yesterday on the Thursday Bank Holiday before the Platinum Jubilee weekend, members of the Stevenage Cycling Club were spoilt for choice over which club ride to join.

The options were:
i) Off road ride to Cambridge.
ii) ‘A’ group road ride out to the Chilterns
iii) ‘B’ group circular road ride to Biggleswade.

i) Off road ride to Cambridge.
This group consisting of both A and B group riders on mountain bikes and gravel bikes, departed from Sainsburys at Coreys Mill. The route went through Weston, Cromer, Buntingford, Anstey, Great Chesterford and Linton. Cambridge was approached from the East by taking another Roman Road and then onwards into the city centre. After lunch from the Cambridge food market, the group headed back on an entirely different route that included Wimpole Hall, Ashwell Street, a pint in Ashwell, and then following the Icknield way to connect with the Letchworth Greenway and back to Stevenage. 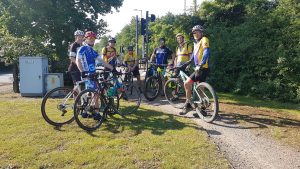 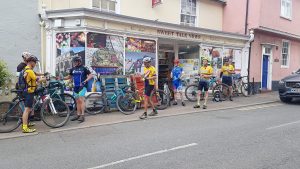 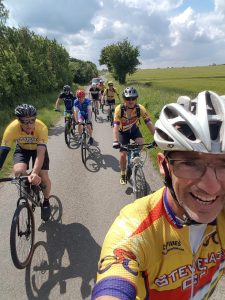 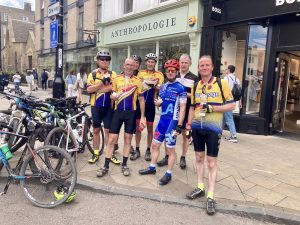 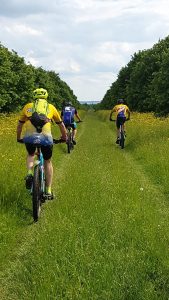 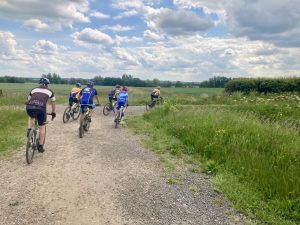 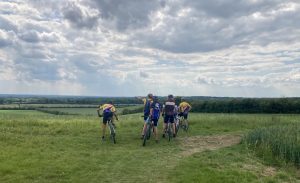 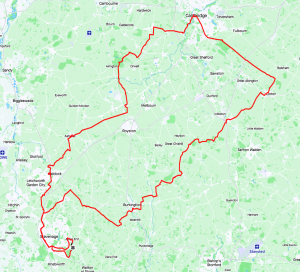 ii) ‘A’ group road rid out to the Chilterns
The ride started from Ely Close in Stevenage. The route included Kings Walden, Slip End, Whipsnade, Tring, Chesham, Berkhampstead and back to Stevenage via Codicote and ended with with a tea and cake stop. 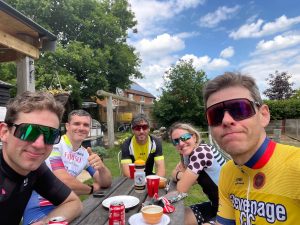 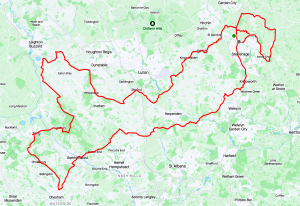 iii) ‘B’ group circular road ride to Biggleswade.
The ‘B’ group started from the Roebuck Inn in Stevenage and also ventured out into the Chilterns via Whitwell and Kings Walden followed by Barton Le Clay, Upper Gravenhurst, Langley, Ashwell and of course finishing off with a tea and cake stop. 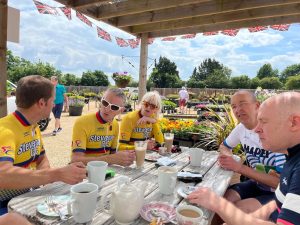 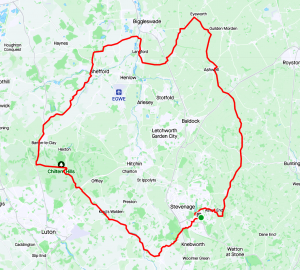